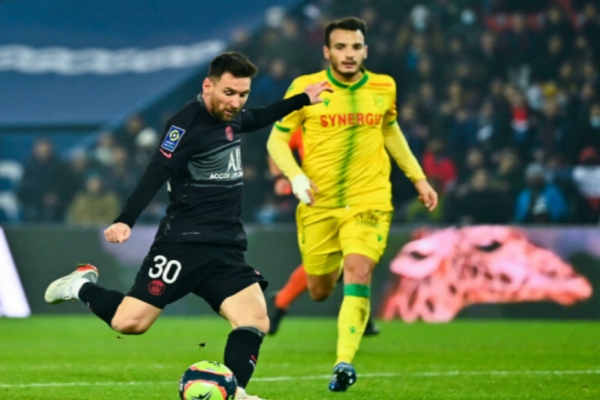 Paris Saint-Germain defeated the visiting Nantes 3-1. Mauricio Pochettino started with the dream trio Messi-Neymar-Mbappe, as well as with Marco Verratti. And this time Sergio Ramos failed to make his debut, despite the fact that he has recovered and is training normally. Gianluigi Donnarumma was also out due to illness. The success for the Parisians was not easy at all, despite the early goal of Killian Mbape. The 2018 world champion scored a slightly accidental goal after a shot by Leandro Paredes hit him and flew into the net of the guests.

Paris Saint-Germain was the complete master of the field and it was still interesting inf ront of Nantes goal. However, the keeper Alban Lafont distinguished himself with a series of masterful saves. Even before the break, Lionel Messi missed twice, Mbappe and Neymar once and in three of these cases they were one-on-one situations.

Surprisingly, the guests started the second half very strongly and in the first eight minutes of it created four dangerous attacks in front of Keylor Navas. PSG regained control of the game, but seemed unstable in defense.

The game was complicated for PSG after unreasonable behavior of Keylor Navas in the 65th minute. Louis Blas broke away behind the defense and the Costa Rican goalkeeper threw himself in his feet and fouled the midfielder, which meant only one thing – a direct red card. The third goalkeeper Sergio Rico appeared in the game, and Pochettino chose to take Neymar out. The Brazilian immediately demonstrated that he was not happy by the decision.

Ten minutes later, the nightmare for PSG was complete after Kolo Muani equalized. In the 80th minute of the match, however, Denis Apia scored an extremely ridiculous own goal and again gave PSG the lead. Three minutes before the end of the match, a quick attack of the hosts was marked by a great shot by Lionel Messi from the arc of the penalty area. The Argentine superstar scored his first goal for Paris Saint-Germain in Ligue 1.

With the victory, the Parisians remain at the top with 37 points, while the Canaries are 11th with 18 points. PSG next game is this week in the Champions League against Manchester City where a win would guarantee a place in the knockout phase.