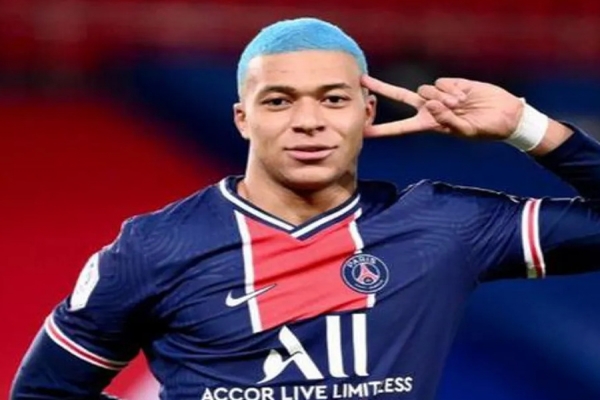 Paris Saint-Germain beat Monaco 2-0 in the late Sunday match of the 18th round of Ligue 1. Both goals scored Killian Mbappe, who reached number 100 in the league at just 22 years old. The first goal of the world champion came from a penalty in the 12th minute, and the second was scored after assist by Lionel Messi in the 45th. PSG again pulled with 13 points ahead of its closest pursuer Marseille, and Monaco remained in 8th place. The Parisians lost both of their games against Monaco last season and came out ambitious to prevent another failure. For the last time PSG registered three consecutive defeats by the team from the Principality more than 20 years ago.

The hosts came out with special kits, on the back of which the names of the players were written in gold. In this way, PSG celebrated the “Golden Ball” won by Leo Messi.

PSG coach Mauricio Pochettino shuffled the squad again, this time with Gianluigi Donnarumma at the goal, while Abdou Diallo took Presnel Kimpembe’s place next to Marquinhos in the center of defense. Idrissa Gueye, Marco Verratti and Jorginho Wijnaldum started in the middle of the field, and Lionel Messi, Killian Mbappe and Angel Di Maria formed the star trio in front.

Mbappe struck twice in the first half to end Monaco’s eight-game unbeaten streak in all competitions.

Former Everton right-back Djibril Sidibe fouled Angel Di Maria inside the box and the penalty was awarded after a VAR review. Mbappe stepped up and slotted his shot low to Alexander Nubel’s right to put the hosts deservedly ahead.

Mbappe would get his 144th PSG goal just before half-time. Youssouf Fofana’s sloppy horizontal pass was intercepted by Lionel Messi who stormed forward and slid the ball through to Mbappe to curl into the bottom corner.

Messi came close to scoring his second Ligue 1 goal but his shot in the 71st minute skidded narrowly past Nubel’s right post.

By the end of the calendar year, Parisians have two more matches – against SC Feignies for the French Cup and against Lorient in Ligue 1.

Mbappe and Messi entertain the fans in UCL game