Messi with the Ballon d’Or, four PSG players on the full list 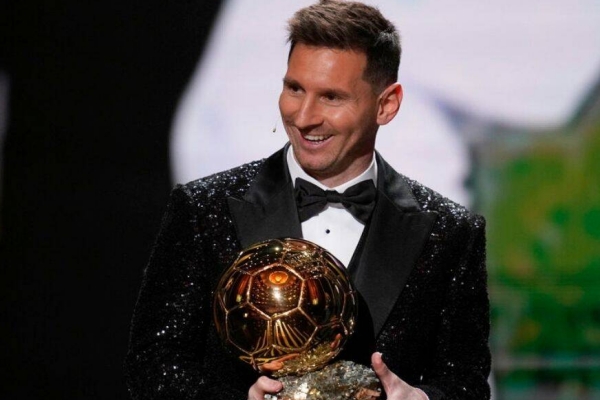 Lionel Messi won the Ballon d’Or for a record seventh time, ending the year in style after a great season with Barcelona,PSG and earning his first major international trophy with Argentina after the Copa America win.

Only 33 points is the difference in favor of Lionel Messi against Robert Lewandowski in the poll. The Paris Saint-Germain and Argentine maestro got 613 points in the voting, while the Polish goal scorer had 580.

According to the rule of voting, 170 journalists took part – each from a different country. The voter nominates five players from a list of 30 names, ranking them in positions from first to fifth. 6 points are awarded for the first place, 4 for the second, 3 for the third, 2 for the fourth and 1 for the fifth.

Jorginho, who won the Champions League with Chelsea and the European Championship with Italy, ended up third on 460, ahead of France’s Karim Benzema and N’Golo Kante in fourth and fifth places respectively.

Two more PSG player ended in the top ten with Kylian Mbappe and Gianluigi Donnarumma at 9th and 10th , while Neymar was voted 16th.