Mbappe and Messi entertain the fans in UCL game 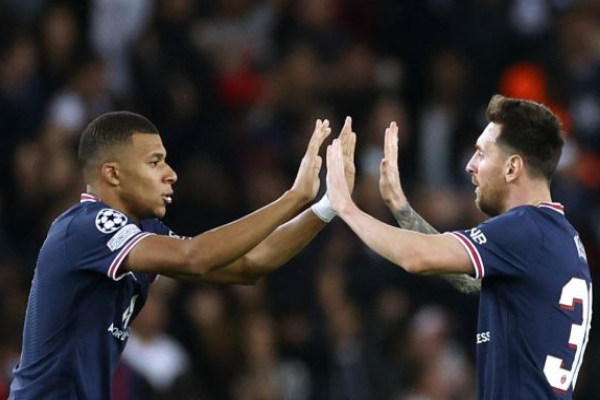 Paris Saint-Germain achieved a convincing 4-1 home victory over Club Brugge in their last Group A match of the Champions League. Leading the way for success were Killian Mbape and Lionel Messi, who scored two goals each, while the one for the Belgians was scored by Mats Rits.

The Parisians had secured a place in the eliminations of the tournament before the match, but still performed very well tonight. The Belgians ended their participation in Europe this season.

Defeat to Manchester City last week meant that PSG had no chance of topping the group, but Mauricio Pochettino still bet on a strong team. He made seven changes to the starting lineup , with which the Parisians drew 1-1 with Lans in Ligue 1. Marquinhos, Marco Verratti, Angel Di Maria and Messi retained their starting positions. The latter two, as well as Mbappe, shaped the team’s attack tonight.

Mbappe needed less than two minutes to open the scoring at Parc des Princes. Mbappe doubleed the lead five minutes later with a volley as Angel Di Maria cross found him in the penalty area.

Messi added a brilliant third before half-time with a screamer and later shaping the final scoreboard with a fourth from the penalty spot after Mats Rits had pulled one back for the visitors.

“I really liked how we played football in this great atmosphere. With the talent that we have in the team, you have to have fun,” Pochettino said after the game.

PSG’s next game face them against high-flying AS Monaco in, which will be the perfect setting for Messi to transfer his Champions League form over to Ligue 1.